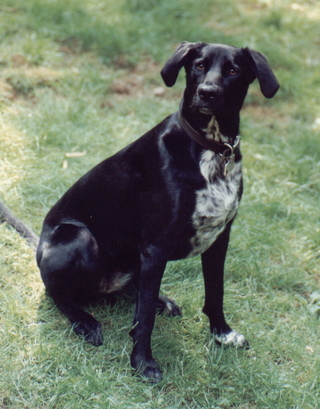 Cokey the Dalmador: half Dalmatian, half Black Labrador Retriever 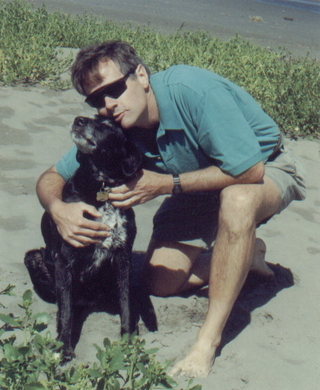 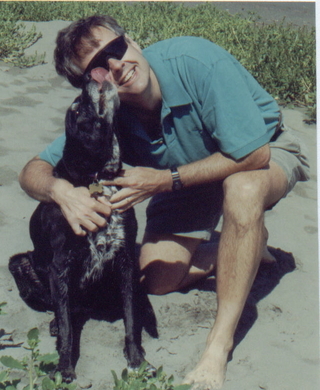 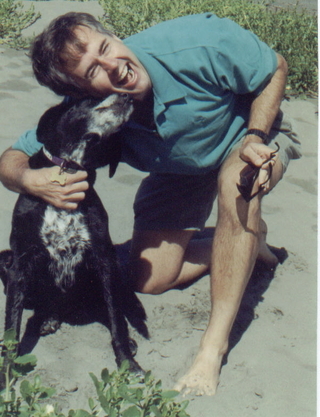 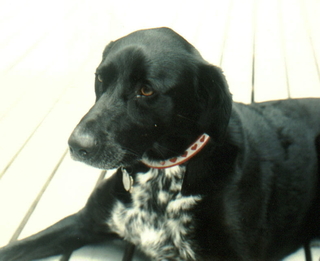 Cokey waiting for her grilled steak
(She likes them rare.) 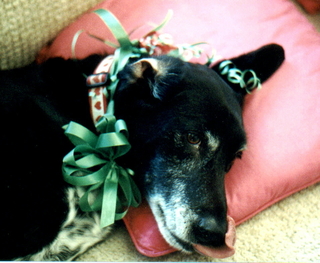 Party Hound the morning after

E-MAIL ME
Every Day Health interview
Healing Journeys, "Cancer As A Turning Point" conferences
Harmony Hill, a wellness and retreat center which offers cancer retreats for patients and families.
Click here and you can listen to my broadcast commentaries on NPR.

"The Death of Me!" screenplay

"I'd Rather Be Here Now"
Reflections on being in Manhattan on September 11, 2001.

Take It Again--From The Top
A book about exercise, love, and a faith journey. (Lion, 1986)

Free To Be Fit
How to control Type II diabetes through diet and exercise. (1989)
HIV Positive, Living With AIDS
A pocket-size book which deals with the spiritual issues around HIV.(1990)
The Journey Through AIDS, A Guide For Loved Ones and Caregivers
How to be a caregiver for someone with AIDS.(1992) 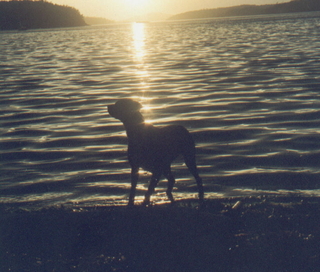 
I would like to say right off, that it was my idea to bring our dog Cokey to church. My husband Wes was against it. But the service was a small evening one in a little church in a very funky part of town. Very informal—people came in jeans, came late, came drinking lattes. Besides, I was the minister, so who could tell me not to bring my dog?

"She'll lie on the floor under the pew," I said. "At least she'll get to be with us." She loves people, especially Wes and me, her own personal humans. She is a big dog, half Dalmatian, half black Labrador—we call her a Dalmador. She has the long strong legs and tail of her Dalmatian mother, and the shiny black coat of her Labrador father, except for her chest which is white with black spots. Once when I told a woman in the park that Cokey was a Dalmador, she asked me with that kind of AKC inflection in her voice, "Oh. Is that a new breed?"

I hesitated only a fraction of a second before saying, "Why, yes."

It is the Labrador in Cokey which retrieves the tennis ball. But it is the devilish Dalmatian which refuses to hand it over. She'll leap around, rearing on her hind legs like a wild stallion if you try to get the ball from her. She can be wicked. Church will be good for her, I thought.

I was right. Cokey laid quietly under the front pew as we sang the Taize chants. I opened my eyes to look over at her. She was sleeping peacefully. But then she opened her eyes and saw me looking at her. Naturally she started to wag, her tail hammering the linoleum. Wham! Wham-wham-wham! It sounded like a construction site. I closed my eyes and immediately the noise stopped.I would have to remember not to look at her.

It was easy enough to control my eyes, but I could not control her personal itchiness. Just after the Gospel reading she sat up and started scratching. Ding-ding-ding-ding-ding! Damn. Why hadn't I taken off her collar with all those metal tags? This was just great. Here I was about to celebrate the Lord's Supper and I'm swearing. This just did not seem right. I looked over at my husband who sat there with his eyes closed, smiling.

I took a deep breath and came forward to serve Communion. Cokey sat up with anticipation. This was a familiar scene to her. Here was her female human, behind a table, doing something with food. She was liking church more and more.

"The gifts of God, for the people of God," I said holding out the bread and the wine. "Come, for all things are ready."

Cokey has never been real obedient in regards to the "come" command. But this time she was stellar. She watched the other humans "come" to me and saw me reward them with food. So she dutifully trotted over behind the last person in line. When the last person was served, Cokey came up and sat respectfully in front of me. I stood there frozen.

There she was looking up at me with her big brown eyes. And, in spite of her Protestant upbringing, in quite the Catholic fashion, her tongue was hanging out as if she expected me to place the Host upon it. What would Jesus do? What would St. Francis do?

In the end, it was a hazy recollection of some verse about the dog getting crumbs from the master's table that determined my decision. I tore off a piece of bread and tossed in the air. She caught it in a single bite. We skipped the wine.

Nobody said anything about Cokey getting Communion. But afterward a guy came up to me and said, "I really liked when you rang the little bells during the service. It reminded me of the Catholic Mass."

I didn't tell him it was Cokey's dog tags.