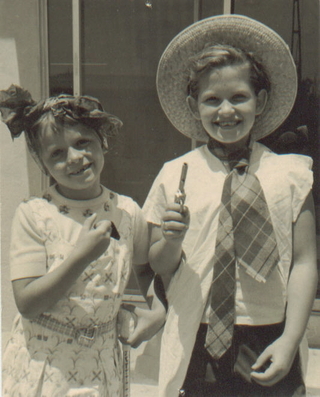 My sister Lynie and I playing out our fantasies of the Wild West. (Syd Jarvis) 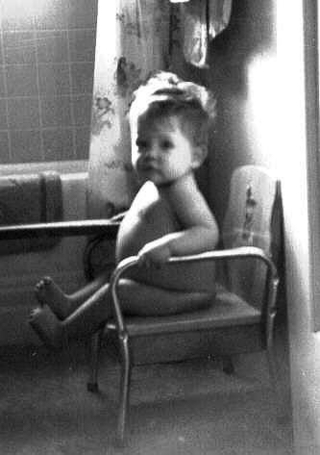 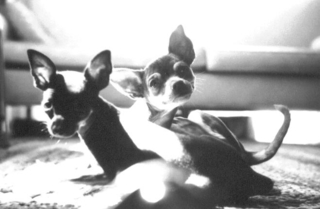 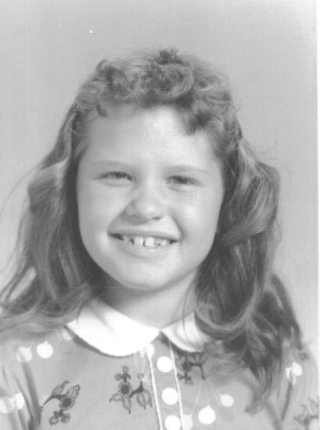 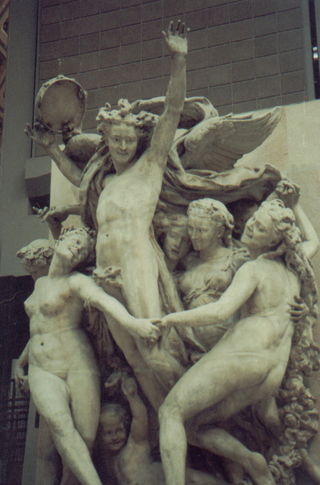 College was a time of excess. 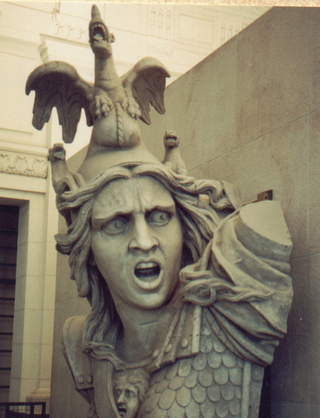 Whaddya mean you changed your major?! 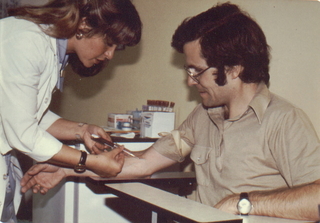 Phlebotomy turned out to be a useful skill. (See "I'd Rather Be Here Now")(Jeff Weissman) 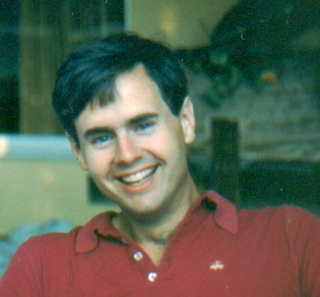 How did this character get out of my novel? 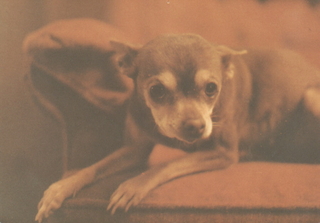 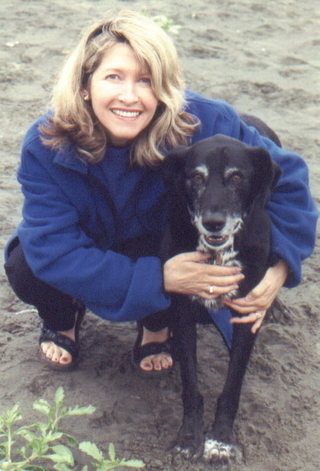 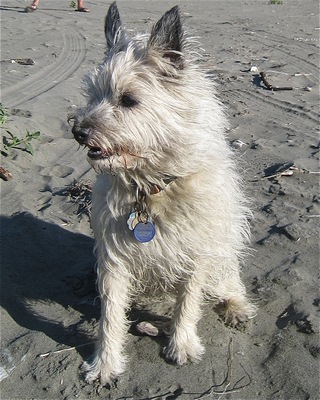 Max at the beach

E-MAIL ME
Every Day Health interview
Healing Journeys, "Cancer As A Turning Point" conferences
Harmony Hill, a wellness and retreat center which offers cancer retreats for patients and families.
Click here and you can listen to my broadcast commentaries on NPR.

"The Death of Me!" screenplay

"I'd Rather Be Here Now"
Reflections on being in Manhattan on September 11, 2001.

Take It Again--From The Top
A book about exercise, love, and a faith journey. (Lion, 1986)

Free To Be Fit
How to control Type II diabetes through diet and exercise. (1989)
HIV Positive, Living With AIDS
A pocket-size book which deals with the spiritual issues around HIV.(1990)
The Journey Through AIDS, A Guide For Loved Ones and Caregivers
How to be a caregiver for someone with AIDS.(1992) 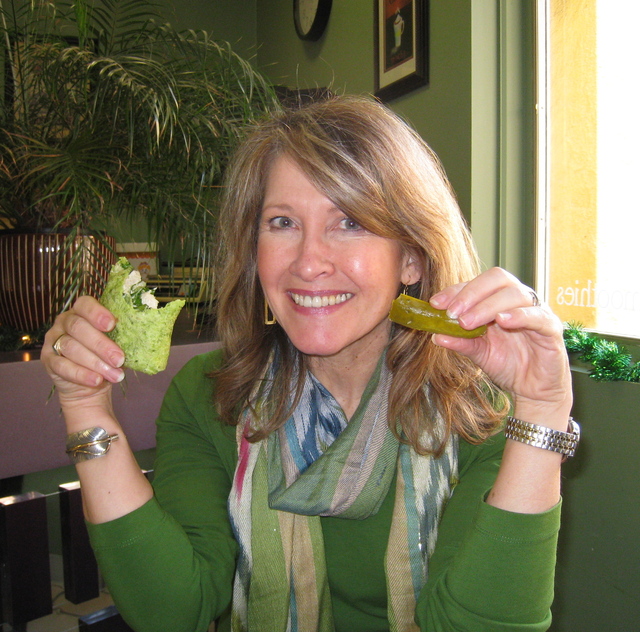 I make every attempt to be green.

Although what I do professionally isn't my total indentity, it is a big part of who I am. I am curious and fascinated with other human beings and love listening to their stories. Fortunately being a hospital chaplain and now a podcast host/producer allows me to do exactly that.

Being a chaplain has helped me to see that there are many different paths to the Divine. My awakening came the day I let my experience inform my theology instead of my theology informing my experience. It was like casting off from the safe harbor, out into the high seas. Scarey but freeing.

I've often thought that religion is simply the handbasket in which one carries one's spirituality. For me, my handbasket is Christianity, but it is an inclusive kind of faith which respects other religions. I have found in my own personal journey that there are aspects of Buddhism which I find compatible and even complementary to the teachings of Jesus. The poetry of the Sufi Rumi touches me in a deeply spiritual way. And I hear the voice of genuine wisdom in the Bhagavad Gita.

So now it seems as if all people (and several different animals and even plants) have become my teachers. I'm constantly learning from them--things pleasant and not-so-pleasant. I'm grateful for both.

Much of my work as a writer has been about giving people a voice, people who would otherwise not be heard. Unless someone insists that I use their real name, I change all names to protect privacy.

In my books dealing with AIDS I give people living with AIDS, their families and caregivers an opportunity to be heard.

In my play, "Don't Think About Monkeys," I give a voice to youth in recovery from drug addiction. Many lines in the play are direct quotes from the kids with whom I worked.

In my work-in-progress I give voices to those who are living and dying in wildy different ways.

But I also write to understand, to organize the chaos of life, to see the pattern, to find the lesson. I don't offer to the public any raw cathartic writing. That stays in my journal. Instead I offer experiences that are simmered with time, perspective and analysis.

Finally, I write because there is something I want to say. A story I want to tell. A moment I want to share. My hope is not to simply communicate, but to connect. 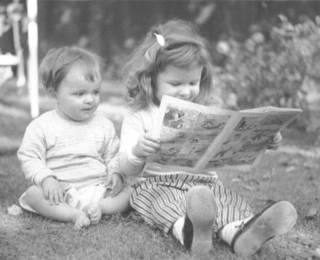 Age 3, shoes on the wrong feet, reading to my sister Lynie. (Photo by Syd Jarvis)

I was born in San Jose, California to a Spanish mother and an Irish/English father. At the age of nine months the doctor discovered a mass in my belly. The surgeon agreed to operate but told my parents I had a 50/50 chance of surviving.

After the surgery my mom put her hand into the incubator and touched me. When she did that she saw a glow around me. (Mothers are powerful healers.) Meanwhile, my dad struck a deal with God: "If you save her, I'll raise her in the church."

I survived and the mass turned out to be a four pound benign tumor which was attached to my liver. Since my dad was not one to renege on a bargain with God, every Sunday he took me (and Lynie) to the non-denominational Cupertino Union Church. Is it any wonder that I have this spiritual bent?

Allergic to cats, I was raised with my sister Lyn, and two highly sensitive chihuahuas. The chihuahuas were a family thing as all my aunts, uncles and grandparents owned at least one. Besides Suki and Tarky, there was Skeeter, Susie, Queenie, Sparky, Petey and . . . El Fago Baca. In adulthood both my sister and I have been happy owners of large dogs. (Our dog Cokey is named after Cokie Roberts, but we changed the spelling so there would be no confusion.)

As a child I told people I wanted to grow up to be a comedian. This declaration was not supported by the grown-ups in my life. I stumbled upon "nurse" as my future occupation and everyone patted me on the head and thought that was just dandy.

Jr. High, High School and college I studied Chinese language. I decided I would be a translator, and that got me all kinds of special attention, so I went with that career choice, even though I was spending all kinds of time writing poems and stories.

I spent one summer studying in Taipei, Taiwan and learned all about high humidity. Studying Chinese seemed like a good idea at the time, but the truth is, I really wanted to write, and I don't mean writing Chinese characters over and over.

As a Chinese language major at U.C. Berkeley, my creativity was stifled. I began eating large amounts of desserts which were plentifully supplied in my women-only college co-op. I took to wearing denim overalls not only because they were "hip," but also because they were . . . roomy. Two quarters before graduation, I changed my major to Communications. This did not go over well. Not one bit.

But then I started writing. I was a finalist for the Mademoiselle magazine College Board of Editors, and happily graduated just a few quarters late and twenty-five pounds heavier.

For my Senior Thesis I wrote a screenplay for a television show which I created. It was about the adventures of college women of different races living together. (Politically correct before my time!) It was pretty bad, but honestly, not any worse than some of the stuff currently on TV.

I now have great appreciation for the beauty of Chinese calligraphy and sometimes on a restaurant menu recognize one or two characters. But the rest are like people I vaguely remember from some weekend seminar. They look familiar, but I couldn't tell you who they are.

In 1978 I had a faith experience in Hawaii about which I wanted to write. (See Take It Again--From The Top.) I thought I needed another degree to write about this, so I went to graduate school and obtained a Master's degree in Christian Arts. For my Master's Thesis I wrote a pretty bad novel.

The only good thing about it was that the love interest of the protagonist is a tall, good-looking man with green eyes and a killer smile who would later appear to me in real life.

Berkeley is home to a zillion seminaries and theological schools. (The north side of campus is called "Holy Hill.") A friend of mine who was in seminary, was right in the middle of his hospital chaplain training. He loathed hospitals, ergo he loathed this training. But he thought it would be a good idea for me, since I was fascinated with all things medical, already worked in a hospital, and had that gosh darn theological degree.

So I applied and got into the Clinical Pastoral Education (CPE) program as a hospital chaplain intern. In three days I knew that THIS is what I was supposed to be doing. This is also where I met Wes, my future husband who was a dead ringer for the love interest of the protagonist in the aforementioned bad novel. So I completed one year of CPE at the Medical Center at the University of California, San Francisco, but not before marrying Wes.

So I received a BA in Communications from U.C. Berkeley in 1977; an MA in Christian Arts from New College, Berkeley, 1984; and an M. Divinity from Northwest Theological Union, Seattle, 1989. I think that's quite enough, don't you?

In 1989 I was ordained in the United Church of Christ. That year I also wrote and directed the play "Don't Think About Monkeys." It starred youth in recovery and toured Washington state high schools with support from the White Horse Foundation. Cokey, however, flunked two obedience classes that year. Two!

In 1999 I received the Jack Straw award in non-fiction. In 2000 I won 1st place for Adult Non-Fiction story in the Pacific Northwest Writers Association Literary competition. That same year I received 4th place for Inspirational Non-Fiction and Honorable Mention for Personal Essay in the Writer's Digest Writing Competition. In 2001 I was awarded Honorable Mention in the Soul-Making Literary contest.

My unpublished manuscript As Far As The Gate: My Journey With Two Dying Women was nominated for a 2001 Pushcart Editor's Award.

I was quarter-finalist in both the 2020 Screencraft Screenplay competition and the 2020 Austin Film Festival with my screenplay "The Death of Me!"

I worked as a hospice chaplain for seven years and also worked as a pastoral consultant for Multifaith Works of Seattle, training volunteers for care teams for persons with AIDS and MS. I've been a group facilitator for the Harmony Hill Cancer Retreat Program, and a staff chaplain at the Seattle Cancer Care Alliance. I currently serve as a chaplain at the University of Washington Medical Center and as writer-in-residence at University Congregational Church United Church of Christ.